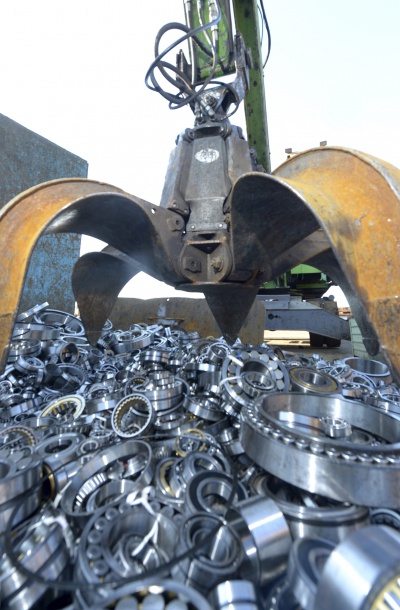 GREECE – Counterfeit bearings with a market value of approximately €1 Million were destroyed in Greece, following the successful completion of legal proceedings commenced in 2009. The raid resulted in the seizure of 17,000 pieces of counterfeit rolling bearings. These have now been destroyed at a metal recycling facility in Greece, by crushing them in a scrap press, to ensure they will not resurface on the market.

A wide range of companies affected
A wide range of industrial companies were affected by the counterfeit SKF bearings sold by the dealer in the Piraeus area. Instead of getting the premium quality product they thought they were purchasing, the customers ended up with products of unpredictable quality and performance.

“We are very happy that this case is officially closed and has resulted in a positive outcome for SKF and our customers. We will continue to fight the problem of counterfeit products and importers in Greece. This is vital for us in order to protect our customers and their business as well as the reputation of the SKF brand”, says Rania Patsiopoulos, Managing Director, SKF Hellas S.A.

SKF actively supports law enforcement globally to stop the trade of counterfeit SKF products. This trade is illegal and may lead to substantial fines or imprisonment. The company urges its customers to carefully select their supplier of SKF products. The best way to safeguard authenticity is sourcing through distributors authorized by SKF.